I’ve been so intrigued by this side of Luzon, being the least accessible among the municipalities of Isabela Province together with Divilacan and Maconacon.  During the course of my research a few weeks back, I gathered that there are three options to visit these towns – first, by air, which is a 35-45 minute ride in a 6-seater or a 16 seater plane that is based in Cauayan City Airport; second, is by land, a 4-day trek across the Sierra Mountain Range; and the last which is what I opted for, by way of the sea, an 8-hour boat ride from the port of the northern-most town of Aurora Province, Dilasag to the post of Palanan located at Brgy Culasi.

Now, how do I get to Dilasag, Aurora?  There are two options – either by bus (non-aircon)to be taken from the Central Terminal of Cabanatuan City, Nueva Ecija (it departs before midnight) or by waiting for that same bus at the Central Terminal of Baler, Aurora (the drivers whom I talked to at the terminal told me that the buses usually arrive at around midnight till 3am).

I thought I was early to arrive (at 9am!) at the Central Terminal of Baler, Aurora, but I was told there weren’t any more buses and that I have to wait till midnight for the next bus to arrive!  I was about to give up hope when the Police manning the terminal noticed my predicament and he led me to the rows of air-conditioned vans to the one that is just about to leave for Dilasag Town!

After a three-hour long drive, we arrived at the town of Casiguran, the town before Dilasag.  We had to transfer to another van since there were only two of us left going there and our driver decided to pass us to another van which is on its way to Dilasag.

Dilasag was still an hour of bumpy ride away from Casiguran.  The road is unpaved and I can just imagine how is it like to drive through this area come rainy season.

Dilasag is a sleepy town with its covered auditorium/gym being the largest edifice within the town.  Since my boat ride will leave early the next day, I had nothing much to do, no other choice but watch a few games of basketball i the town’s covered court.  After a couple of games, I decided to drop by the town’s church which is perched on top a hill, over-looking the whole town. 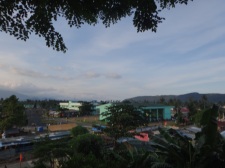 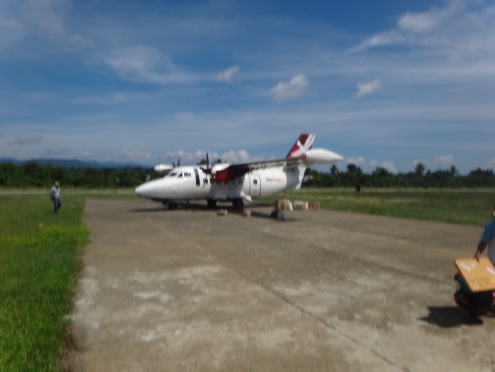 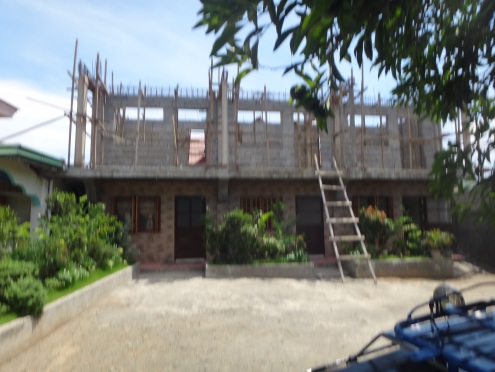 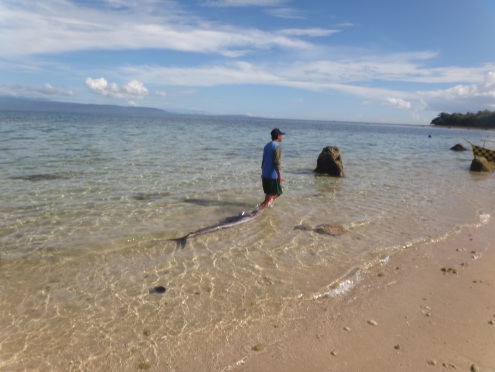